In addition to the unfavorable exchange rate impact, the performance of the first half of 2008 has the following two salient features:

The market for replacement of passenger cars and light trucks and trucks in Europe and North America fell significantly, and the European market experienced accelerated decline in May and June;

The growth in sales of Michelin, the Groupâ€™s competitiveness enhancement plan and the strong performance of the special tire business have enabled the Michelin Group to maintain a satisfactory operating profit margin in this environment. The financial structure of the Group remained solid. As no non-recurring expenses occurred during the reporting period, net income remained stable.

In the first half of the results of the review, Mr. He Liye, managing partner of the Michelin Group, said: â€œDespite the unfavorable trading environment, Michelin continues to maintain growth and its market share is expanding. All these achievements are attributed to the efforts and skills of the Michelin team. They succeeded. In response to the challenges posed by international competition and inflation, Michelinâ€™s ability to adjust to market development has increased, especially as we have tailored our product portfolio to todayâ€™s environmental and fuel-saving needs. The strategic plan goes forward: to improve competitiveness, give full play to the advantages of product differentiation, and strengthen its position in high-growth markets. All this gives me confidence in the future prospects."

The main driving force of the tire market will come from strong growth in emerging markets and specialty tire markets.

At constant exchange rate, the increase in raw material costs for the year is expected to be 750 million euros.

The growth of replacement tire business in the region was mainly driven by the Chinese (+19.2%), Indian (+8.2%) and Thai (+5.2%) markets. Growth in the mature market countries has slowed down: After the first quarter of the year, the decline in Japanâ€™s demand reflected the decline in the economic growth caused by the decline in US exports.

The card passenger car radial tire market once again showed double-digit growth due to the demand from the Chinese market, which is consistent with its active economic environment.

As a multinational company with a history of more than 100 years, Michelin has always stood at the forefront of technological innovation and created a safer, more effective and more comfortable driving experience for its customers. Michelin is headquartered in Clermont-Ferrand, France; it now employs 129,000 people worldwide; has 69 factories in 19 countries and has sales and marketing organizations in more than 170 countries. Michelin has research and test centers in the United States, Europe, Japan, and Shanghai, China, and six rubber plantations in Brazil and Nigeria.

In 1989, Michelin came to China. In the spirit of a century of innovation, Michelin brought advanced technology and high-quality products to China, established its first joint venture company in Shenyang at the end of 1995, and later transformed itself into a wholly foreign-owned enterprise in 2003. In 2001, Michelin teamed up with Shanghai Tire & Rubber (Group) Co., Ltd., one of China's largest tire manufacturers, to form Shanghai Michelin Warrior Tire Co., Ltd. In the same year, Michelin (China) Investment Co., Ltd. was established in Shanghai. Currently, Michelin has more than 5,500 employees in China and is committed to the continued development and growth of Michelin in China.

A  Cylinder Block  is the structure which contains the  cylinder , plus any  cylinder  sleeves and coolant passages. In the earliest decades of internal combustion  engine  development,  cylinders were usually cast individually, so  cylinder blocks  were usually produced individually for each cylinder .

A Cylinder Head is usually located on the top of the engine block. It serves as a housing for components such as the intake and exhaust valves, springs and lifters and the combustion chamber. This page covers the main function and various designs of cylinder heads, and their causes and symptoms of failure. 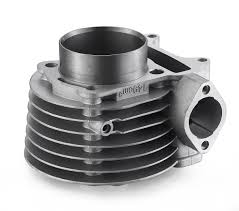 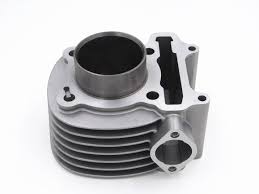 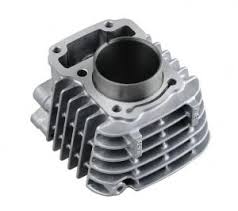 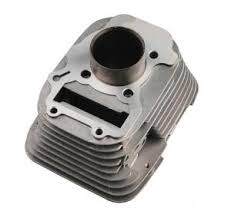